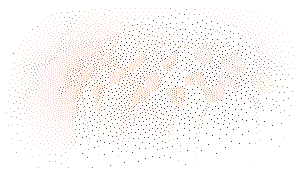 [on misrecognition and other irrelative things]

[Or how something can be itself and something else altogether]

could be improperly, generatively (mis)understood as a history of being which oscillates between beings being themselves and being something else all at the same time. There is a relational symmetry between what something (or someone) is and what it is (or we are) not.

This history points to simultaneity + multiplicity in the material and immaterial qualities in any given thing. It is not a history of trans-formation in which things become something else but a trans-formation in which things already are something else. Things are what we (mis)recognise and what we do not recognise them to be at the same time. A history which unfolds from this pluriquality of being reveals the concurrence of multiple, sometimes inconsistent, sometimes incongruent, always radical, qualities in any thing.

When this pluriquality is imposed from outside social relations (which include human and nonhuman social agents) it is historically expressed through the violence of colonial misrecognition. This imposition reflects the old + ongoing project of weaponizing misidentification.

Being, misrecognised from without, is the shadow of enclosure - misrecognition attempts to redefine that which it cannot control in order to violently limit the space of possibility and fix the relationship between:

This enclosure is a strategy for securing a stable and coherent normativity which racializes, genders and commodifies all things (human and nonhuman) and renders the planet as property.

When this pluriquality emerges from within social formations (human and nonhuman ways of being together) we enter the secret history of all things.

This secret history is the inexpressible history of relations beyond the scope of recognition.

Which is to say in our alter-destiny the property relationship indexed by a fixed correspondence between:

We turn our back on recognition and attend instead to the relationship between :

These are co-vertices which trace eccentric orbits of a planet beyond the horizon of recognition. Here, to appear as a (single) thing is no guarantee of any (single) thing.

[Or the struggle to be whatever we can]

Materiality is the partial sum of ongoing interactions affecting each other in more or less unstable ways - a set of shifting relations misrecognised as objects.

Is in fact a regulated relation, a scene of violent alignment.

For example, capitalist relations to the planet are mediated primarily through ownership and production. Here the planet is delineated through disciplinary languages of science; and expropriated, excavated and exploited toward maximising the accumulation of capital. All other relations are reduced to leisure and wellness or violently erased.

The colonial history of the planet is the tragedy of a collective body violently redefined as property and misunderstood as a particular object with properties. The relationality of things is intentionally misrecognised as objective, fixed, irrelative.

When this misrecognition tends towards possibility and interaction it reflects a liberatory potential of transformation.

That whatever a thing appears to be is only a trivial expression of what it is, or can be.

Appearance in this case indicates:

<y>as well as a set of interactions which do not appear in this object; but are nonetheless present,

<z>as well as a set of interactions which materialise this object entirely differently.

In this complex indexical landscape:

The point however is to consider what it means to work alongside, rather than against misalignment. So my intentions do not turn to producing “correct” alignments but to expanding the realm of possibility between:

Here, relationality demands that we identify as more than any single being, to think of a material community rather a unity. Attending to misrecognition, misunderstanding and misalignment offers us a vocabulary for moving beyond colonial desires for legibility and tactics for rematerializing worlds as interacting rather than collapsing possibilities.

We are already different.

Nolan Oswald Dennis (b. 1988, Zambia) is an interdisciplinary artist living and working in Johannesburg, South Africa. His practice explores the material and metaphysical conditions of decolonization. They hold a Bachelor's degree in architecture from the University of the Witwatersrand (Wits) and a Masters of Science in Art, Culture and Technology for the Massachusetts Institute of Technology (MIT). Dennis’ work questions the politics of space (and time) through a system-specific, rather than site-specific approach. They adopt a language of maps, diagrams, models and other world-ordering devices as strategies for rehearsing possible relations, rather than forms of description. Their practice wilfully (and promiscuously) recombines social, technical, political and spiritual systems through methods grounded in a planetary condition of landlessness and guided by the overlapping theories and practices of black, indigenous and queer liberation. 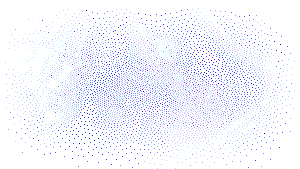 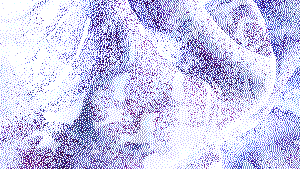