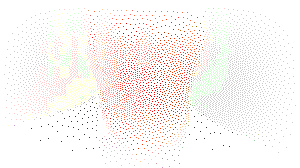 Humanism – the set of beliefs, broadly, that humans set the values in the world and that the world has the meanings that humans give it, is an idea that emerged in history. It was – and remains - in many ways a great liberating moment in human history that allowed us to enter a bold world of scientific discovery and the self-fashioning of lives.

Yet, an idea born of history lives and withers in history too: One charge regularly laid at humanism is that it is radically anthropocentric: So, rather than rid us of reliance on Gods, it simply made us humans Gods. Perhaps now it is with some of the anthropocentric assumptions required by humanism becoming problematic, unsupportable and oppressive that we are experiencing the passing of the humanist epoch.

What this means more explicitly, is taking on board more fully the insights that the sciences – born of humanism – have given us, into our cultural behaviours, folk self-conceptions and personal and social behaviour. Bluntly, science has told us that the idea that humans are in any way special, chosen, different, or somehow excepted from the laws of nature is bogus. Humanism has gifted us the scientific knowledge that has resulted in the denial of its anthropocentric focus. From the position of locating meaning in ourselves, we have discovered that there is no more, (or less) meaning in us than there is in a stone; that from the universe’s point of view we are as irrelevant as the dust that surrounds us, and that the human condition is the material condition of being subject to the indifference of how energy manifests itself.

This shows a tendency within humanism to define ourselves culturally and not materially. It is this tendency of hanging on to cultural definitions of ourselves that inevitably creates tensions when it abuts against material reality. Because no matter how we try, matter trumps culture.

One egregious example of this is choice. This is often thought of as a human trait, and the ability to choose is a key component of what it means for a human to be free. You are free if you can choose without duress. The ability to choose has been reified into a political right to choose and we have introduced ‘choice’ into places where it once held no sway. Choice has allowed us to extend the possibilities of what we are so that our lives are now the products of our choices about how we want our lives to be lived.

More fundamentally however, we do not see the necessary by-product of choice – the unchosen: Whenever there is an opportunity for choice, there must be at least one choice that is not taken. This is not so much a problem for cultural choices (though it is always some kind of problem) but for choices relating to material reality it most certainly is a problem.

The problem, of course, is that the unchosen when dealing with material reality is itself material. The logic of choice is the existence of waste. In order to exercise choice, we must create waste. The manifestation of choice in our relations to material culture is shopping since choice is the essence of shopping, it’s literally what makes shopping possible.

The unchosen exists because we have to make material goods in the expectation of choice. Every high street will contain competing shops selling similar products. Each will have to stock itself in the expectation of customer’s exercising their choice in their shop as opposed to their competitors. It is woven into the very possibility of choice, and the definition of us as choosing agents, that to ensure choice, between them the shops will collectively have to stock a surplus of similar products than can be bought. The unchosen, there to make us feel free. In every shop, in the dark, an accumulation of things.

We call it surplus, or waste even, but it is, aside from all these things, a hoard. That is, an accumulation of an excessive amount of stuff, over and above what’s needed and wanted. The unchosen is a dispersed and hidden material hoard. It is the hoarding implicit in choice.

Hoarding in its traditional personal sense is often described as a problem, or illness. It is considered a disordered relation to material reality. What happens if we turn this around and apply something akin to the social model of disability for hoarding? That is, if we suggest that this indicates that society is constructed so that certain forms of relations to material culture are seen as problematic. Does this provide a way of thinking about the culturally sanctioned hoard of the unchosen as a social illness and symptom? So that if hoarding is a sickness, then if a society requires hoarding, that indicates a sickness in society.

The hoard of the not-chosen is spatially and economically dispersed, sited in many places, and owned by many people. It is then invisible as a thing – there is no hoard-as-thing. The hoard born of choice is seen as a problem for society because it is not made visible within society. It is invisible as it exists under the horizons of what we can see, remaining unseen to hide the logic of choice from us.

The personal, physical hoard, however, is an iceberg on the horizon. It signals to us the latent guilt of choice and thus shames us. It says to us, if you did not continually purchase and replace, then your home would be like this. The logic of our lives is that stuff passes through our lives. It is only the liberty of the endless cycle of choice - to consume, to replace, to discard – that means we are not physical hoarders ourselves.

The personal physical hoard then, in its materiality, throws our desire to choose and our reliance for choice as freedom back in our face. It is the material reality of our reliance on choice. It shows us that we have substituted an accumulation of choice for an accumulation of stuff. It reveals us to be as culturally trapped by choice as the hoarder is by stuff. The physical hoard requires retention, the dispersed hoard requires production. An anthropocentric, cultural humanism requires hoarding to be a sickness to preserve unseen its own mode of relation to material. Can we flip the problem to create a new ‘problem’ for our relationships to material and so indicate a new correct relationship to material?

So flipped, it’s the desire to consume, to constantly buy, to exercise a choice, to require ongoing production, that becomes the problematic abusive relation to material; so flipped, every time we shop we not only ourselves contribute to the unseen hoard, we also hoard our choice, to assert our freedom at the expense of material.

Matter trumps culture. Culture gives matter its due when it discourages the unseen hoard of choosing; to make it visible in its terrible waste; and to shun its reliance on there being such a thing as non-material culture.

Matthew Rowe is a philosopher, writer and lecturer/tutor at City and Guilds of London Art School and the Centre for Language, Culture and Communication at Imperial College London. He has published book chapters, articles in peer reviewed journals and conference proceedings and book reviews, as well as papers at conferences in the UK, Europe and the US. Additionally, he has an occasional visual art practice and has contributed to group exhibitions in London, as well as exhibiting alone. Matthew also has a short film in a collection acquired by the British Film Institute and in the UAL British Artists’ Film and Video Study Collection. 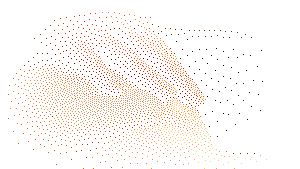 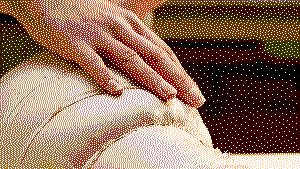