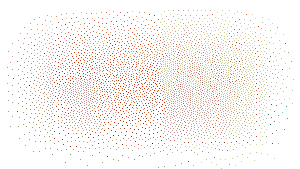 she pushed her fingers into the dust, wondering if anything could grow. if she had tears to cry maybe a sea grape? if she had blood to spill maybe olive trees? if she could urinate maybe roses or something else with thorns? what is the plant strong and wrong enough for this situation? and what does it taste like, smell like when it grows? 1

In the 2018 text M Archive, Alexis Pauline Gumbs presents a series of Black feminist speculative vignettes, moments of knowing and unknowing that take place “after the end of the world” (Gumbs 2018) 1. As linear time falls apart, so do the spatial assumptions between bodily and planetary ecologies and the neat bounds between the flesh and the land. Here, this unnamed figure openly wonders which of her abject fluids—tears, blood, urine—will provide sufficient material support for vegetal life that is strong and wrong enough for a damaged, unfamiliar landscape. Each line presents a different site of encounter between human and inhuman, organic and inorganic materials: fingers into dust; bodily fluids into vegetal life; vegetal life into ecological deviance; and sensory re-encounter with the body. Sitting with this text, I’ve been thinking about the kinds of human and nonhuman material relations of connection and care that came about through, against, and spite of the ongoing crises of settler colonialism and plantocracy. Specifically, I’m trying to think openly about the radical sorts of temporalities of seeds and the material cultures they produce—and the ways in which they themselves are produced as material culture.

This starts on the eighth floor of a tower in a field in Beltsville, Maryland, flipping through a 1924 catalog from the Seminole Seed Company based in Gainesville, Florida. On pages 2 and 3 there are little explainers about how to use the catalog, what to grow in Florida and when; most of the entries, like most seed catalogs, are speculative things that you too can grow and bring into being with the right resources and labor. But on page 8 one finds a lengthier entry for Florida Broadleaf Mustard, which states “For years we tried to buy this mustard from the northern and western seed growers, but each time would get the wrong kind. Then we tried to get it grown in Florida but failed at that. Finally we got a small quantity of pure seed from an old negro and we sent a sample of about a teaspoonful to a seed grower to let them know just what we wanted. From that sample has sprung our supply”.

I’ve been sitting with this entry for broadleaf mustard for almost three years. There’s this story being told of failure and the improper geographies of these seeds and the need for purity. There's also a hint here at someone, even some constellation of people, unidentified and unidentifiable, stewarding these seeds. It is not apparent for how many seasons or generations. Or how this sample of mustard relates with other populations of plants that were—and are—also—and still—considered Florida Broadleaf Mustard. Or what else this person was growing and stewarding, what other kinds of ecological relations they were entangled in. Or even—and perhaps most importantly—whether they wanted to be mentioned in the first place. There is always room for human and nonhuman refusals and slippages, as well as the residue produced from a seed company’s need to tell a story of economic and ecological success through thinly veiled racial-environmental governance.

The USDA Nursery and Seed Trade Catalog collection is fully digitized, but I encountered these catalogs in person in August of 2019, getting to encounter the materiality of these catalogs. It was part of a larger set of questions around the materialities of memory and the political and cultural ecologies that come to light through the exchanges of knowledge, stories, and seeds. These catalogs were mundane materials mass produced iteratively every single year and do a lot of discursive and visual work that disciplines popular impressions of and connections with specific crop varieties, as well as informing food and garden cultures in the United States. They inform—but do not determine— which stories and presences are valid; which futures are possible or foreclosed; which ecological relations are rendered legible or illegible; which traits are prioritized in the seasonal processes through which crop varieties become maintained across space and time. If one flips through the 1916 catalog Seeds for the South, they’ll find an entry on pg. 32 about a “remarkable vine” called Kudzu that “gives promise of being one of the leading sources of wealth in the Southern States in future.” There’s a materiality to the hopeful futures of colonial environmental imaginations, especially those that never came to pass.

According to Jennifer Jordan, there’s also a “materiality of forgetting” (Jordan 2010, 17), brought about by natural and unnatural forms of ruination, destruction, or slow decay. 2Thus, memory—in this case Jordan’s edible memory—takes on a different form with a different set of political commitments when it comes to the material cultures of food and seeds. “The story is in the seed”, according to Truelove Seeds’s theorization of intertwined narrative and ecology, shared pasts and collective possibilities.

Much of my work sits with various sorts of seed projects with various sorts of politics around knowing, collecting, remembering, planning; spaces in which memory isn’t only represented as material records, but instead materialized as jars and jars of living things. The seed collection as memorial, archival space orients one beyond the site of preservation and keeping toward shifting sets of relations, processes, and seasonal rhythms, human and nonhuman, that spill out from the seed room across networks of gardens, farms, vacant lots, contingent spaces, written and re-written onto the landscape season by season. It’s its own iterative process with its own cooperative geographies year after year. Zayaan Khan, of the Seed Biblioteek project in South Africa, has thought through the uniqueness of material archival practices of food culture as those that resist limitation by traditional museum logics toward “a liveable future through a liveable present”, reclaiming knowledge through a “multispecies practice” in which the “pantry becomes the archive” (Belle et al. 2020). 3

So with this broadleaf mustard, I can’t help but wonder about my own family history in the Black rural landscapes of Florida, and I can’t help but wonder how many degrees removed I could be from this person who they couldn’t bother to name (or perhaps refused being named). And I can’t help but think of my own collection of Florida Broadleaf Mustard, my own seasonal rhythms of careful listening and touch, sharing space on my desk as I write, waiting in dry seed pods that I was supposed to process last fall, and how many degrees removed they may be from the very plant in this catalog a century ago. What queer sorts of temporal, spatial, ecological relations—what “queer ancestral connection through seed” (Wisler 2019)—may be brought about through the haphazardness of so much of this work? 4 Through alternative approaches to productive and reproductive futurities, among and beyond the human? Through an orientation to archival ecologies that are more furtive, fugitive, and less than legible; towards the open question of multispecies material relations in the ruins of plantocratic regimes.

In the archival materialities of the seed room, these jars and jars of living things carry the representational responsibility of individual crop varieties and their enmeshed stories; liveliness in balance with dormancy and decay. They’re subject to their own ecologies of decomposition, and must be periodically germinated and grown out—the seed must cease to be in order to bring new ones into being. This refracts into other material cultures of seed work—catalogs and databases, with their own material, social, and speculative lives; the multispecies histories of archival materials—the paper, ink, dust— as well as the archival ecologies of physical conservation and microbial decomposition. I wonder what sorts of afterlives they’ll live when their own material form, like those of seeds, must eventually break down to facilitate other futures intertwined with other pasts. To become something else; something otherwise.

Christian Keeve is a PhD student in Geography at the University of Kentucky. They are also a seedkeeper and chaotic gardener. Their academic work focuses on the cooperative geographies and political ecologies of participatory seed networks. 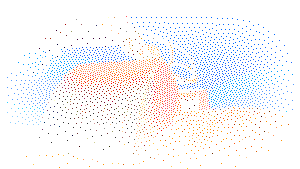 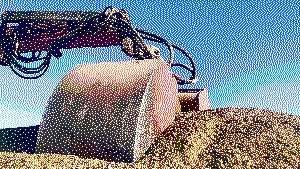